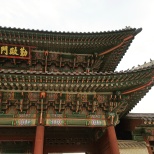 Flying over Siberia on the way to Korea 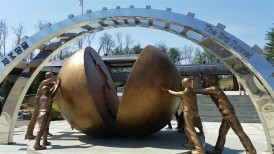 South Korea has increasingly shown up in American media in the past few years, and it is not just because of their dangerous neighbor to the north.  South Korean music, cosmetics, and television are all becoming increasingly popular in the United States and the rest of the world.  Until recently, South Korea was not at the top of the list of “must see locations” in Asia like Japan and China, but the Hallyu wave has helped put South Korea on the map.  According to the Korea Tourism Organization, in 2016, an estimated 17 million foreign tourists visited Korea, which is four million more than in 2015.  Even though much of the draw for tourists may be due to the Hallyu movement, Korea isn’t all about Kpop and Kdramas.  Korea is a country with a rich history, especially modern history in the past century.  I recommend every tourist go see the palaces in Seoul, the War Memorial of Korea, and the Olympic Park to become more familiar with Korean history.  Korea has become one of my favorite places that I have ever visited, and so far, I haven’t even ventured very far beyond Seoul!

I first traveled to South Korea in April of 2017.  This was the first time I had ever been to a country outside of North America and Europe.  I had chosen South Korea as my first Asian destination because my cousin and his family were living in Seoul at the same time that my college buddy in the U.S. Army was stationed in Korea.  Coincidentally enough, I was also trying to learn Korean before I knew my friend was ever going to be stationed there (my bucket list for my twenties includes learning a new language, and I had chosen Korean).  During this trip, I stayed in Seoul for five full days and the rest of my time was spent at my friend’s place in Pyeongtaek, where he is stationed.

Seoul is a beautiful city that is very densely populated.  According to a quick Google search, it is inhabited by about ten million people (New York City, the most populated city in the United States, is only about 8.5 million), and it is only on about 605.25 km² of land (New York is about 784 km²).  There are so many more people in less space!  The largest city I had been to prior to Seoul was London (population 8.6 million and area of 1,579 km²).  As populated as Seoul is, I never felt like just an ant in an anthill.  There were only a few times that I was squished into a metro train or a bus like a sardine, and those were always around rush hour.  I was amazed at how clean the city is for how populated it is.  It was not dirty like other cities I have been to, like certain parts of Paris, London, Lisbon, and Washington D.C.  A stark contrast to how clean the city is would be the air pollution.  Seoul, like many Asian cities, almost always has a visible haze in the air.  It was strange to see a haze in the air on a completely sunny day.  This haze is visible in the pictures I have taken.  Despite the pollution, Korea is a beautiful country, and I am looking forward to exploring it more in August!

For my second trip to Korea I have many things planned including a weekend trip to Jeju, day trips from Seoul, and even attending a music festival in Seoul!  I have a huge list of things that I want to do in Korea now that I know more about Seoul and the country in general.  I am really anticipating this trip!  Look forward to my posts about crazy cafes, kmusic, shopping, and my short excursions! 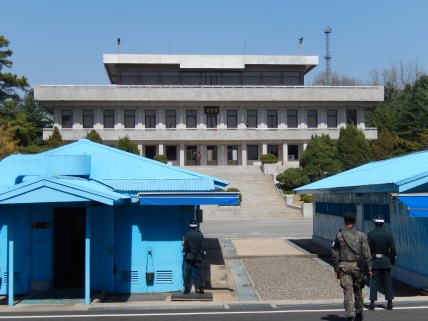 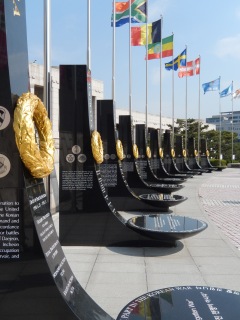 The War Memorial of Korea 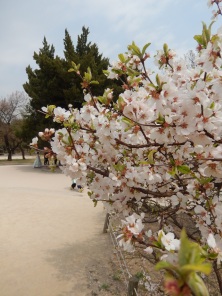 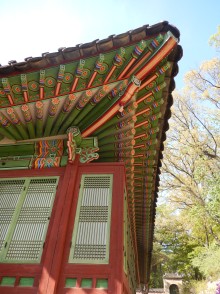 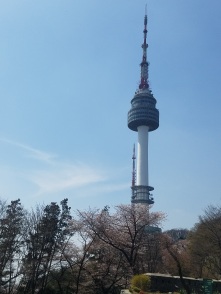 This snow is making me miss Seoul's summer heat #서울 #광화문 #경복궁
If you want to learn about traditional Korean alcohol, visiting the Sool Gallery in Gangnam is a must. A new tasting menu is carefully curated every month, and there is a large variety of alcohol you can purchase to take home with you. #서울 #술 #술갤러리 #강남 #seoul #gangnam #korea
Gyeongbukgung Palace is a must see in Seoul.
Even though there are barely any roses in the Rose Plaza this time of year, I still think this is one of the Olympic Park's 'Top 9 highlights'. #서울 #올림픽공원
Some bridges are cooler than others. #서울 #반포한강공원
Seoul looked pretty good last night. #서울 #인왕산
I Seoul U ❤🇰🇷 #서울 #여의도한강공원
The 1988 Summer Olympics in Seoul represented the country's desire for harmony and progress. Just 35 years after the Armistice Agreement of thr Korean War was signed, the Games of the XXIV Olympiad began. These games were used to showcase the newly industrialized South Korean economy, and the government hoped it would signify South Korea's legitimacy in international affairs. The themes of the Games were unity, culture, compassion, future legacy, and a new era. This park holds some of the nation's largest sports facilities as well as the Seoul Olympic Museum, the Seoul Olympic Museum of Art and sculpture park, public fitness facilities, walking paths, and play areas for children. #서울 #오림픽공원
One month until Korea round two! #서울 #여의도공원 #한강
Secret gardens at every turn. #cambridgeuniversity #england
Missing Cambridge, lifelong friends, and mild English summers. #cambridgeuniversity #england
Dreaming of Namsan in the spring #namsantower #남산타워 #서울
T-5 weeks until Korea Round 2! #경복궁 #서울